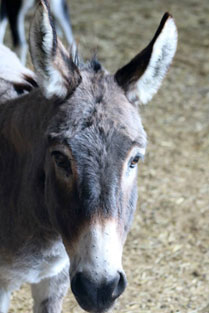 Emmy is a Miniature Sicilian Donkey. She was rescued with her mother, Molly (who has since passed away) in 2002 from a local fair after she was foaled in a van on the way to Vermont from Kentucky. At the time, Emmy, also known as Emma, was a few months old and sickly. After arriving at the farm, she had to spend 14 days recovering from malnutrition and pneumonia at the Rochester Equine Clinic in southern New Hampshire. Years later, Emmy is now very healthy and full of life. She loves visitors and scratches; especially being groomed by the children during our educational sessions. She cherishes her role as “queen of the goat pen”. 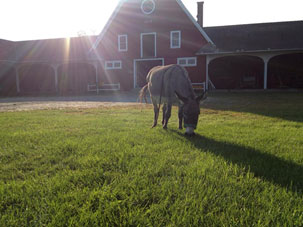 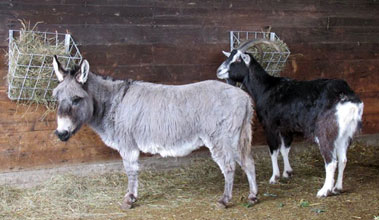